After graduating from Columbia University, Nicholas re-located to Vietnam to pursue a career in journalism. Through networking and serendipity, Nicholas found himself producing Matt Dillon’s CITY OF GHOSTS and ACT OF VALOR in Thailand and Cambodia.  Through his passion for storytelling and entrepreneurship, Nicholas founded Indochina Productions and now serves as a hands-on Executive Producer connecting international filmmakers throughout our South East Asian territories.
Producer’s Guild of America
Production Guild UK

Born and raised in Bangkok, Bird received her MFA in Jewelry Design. She has been a busy and successful stylist and costume designer on many commercials and feature films. Since then Bird has transitioned into a flourishing career in producing, most notably on the Naomi Watt’s feature film Penguin Bloom. A multi faceted artist, Bird has created everything from jewelry, clothing and artisan ice cream. She uses this strong creative passion for detail in her every aspect of her producing work.

With 30 years of experience in the Film and Advertising Industry, Jane joined Indochina Productions in 2014 as managing director of its Philippines operations. Prior to joining Indochina Productions, Jane was a freelance Producer who constantly sought by high profile advertising agencies.
Jane has worked on countless international commercials. Her repertoire also extends to features such as PACIFIC RIM, BORN ON THE 4th OF JULY, HAMBURGER HILL, MISSING IN ACTION, PLATOON, AVENGERS INFINITY WAR & END GAME.

One of Indochina Production’s Thailand partners. Tammy is a seasoned production officer with decades of experience. Her vast resume includes working on the feature films RAMBO, HANGOVER PART II and DHAKA. She brings a multitude of strong contacts in Thailand to our productions and is the go-to exec. in Thailand to navigate the tax rebate process. We couldn’t do it without her.

Hailing from Vinh, Vietnam and fluent in English and French, Mai Suong is able to effortlessly bridge East and West, spending time in her homes in Hanoi and the South of France. Since dedicating herself full-time to production, she’s worked closely with award winning directors Michael Mann, Spike Lee, Oliver Stone and a number of rising stars. Mai Suong’s considerable production experience ranges from BFI/BBC independents, Netflix originals and major studio tentpoles for Legendary/Warner Brothers.

Shawn Simon started working for WME superagent Robert Newman one week out of UC Berkeley. Her more than 25 years of feature film experience includes working in development and acquisitions at Universal Pictures, Warner Brothers and Polygram.  Shawn transitioned to literary representation and worked for the prestigious firms Artist Management Group (AMG), Anonymous Content and The Gotham Group. She is better known, however, for having thrown the best parties in Hollywood in the early 2000s.

Tariq Anam Khan is a Bangladeshi actor, director, writer and producer in theatre, television, and film. He was awarded the Bangladesh National Film Award for Best Actor in 2014. He is founding member and leader of the prominent Bangladeshi theatre group, Natyakendray. He has collaborated on such Hollywood productions as AVENGERS, BLADERUNNER and DHAKA.
Khan was a freedom fighter in the liberation war of Bangladesh.

Brad’s extensive portfolio shot around the world makes him one of the leading commercial directors in the region. He brings decades of experience to our productions and is the top guy in Malaysia.
Advertising and craft awards worldwide – the Kancil Awards Malaysia, Indonesia AAA Advertising Awards, New York Festivals, Adfest, and The Australian Effects & Animation Festival Awards – AEAF.

Chris is based in Paris, but originally from London. His excellent knowledge of budgeting and production has been forged from decades of experience in drama series, commercials and music videos. He has been line producing for film and photo shoots for many years. Credits include Tender is the Night, a six-part mini-series co-produced by Showtime and the BBC; many episodes of the BBC soap opera Eastenders, shot both in London and France; the USA comedy series Blossom in Paris starring Mayam Bialik, as well as countless commercials, including the first ever Nespresso commercial starring George Clooney, directed by Michel Gondry.

Dest has worked her way up from Intern to Executive Producer in a span of 11 years mainly in TV Commercials and TV Series. Dest has worked from low to high end budgets, from bid to finished product. Dest’s commitment to her job has earned her the highest respect from clients, vendors and crew.

Kate has been working with Indochina Productions for several years managing productions across multiple territories. With a background of many years working and traveling in Asia and a 15-year-long career in Commercial, Still and Fashion productions worldwide. With extensive experience on large-budget campaigns, Kate has worked on projects for high-end clients, including Apple, Versace, Nike, Hilton, Samsung, and Facebook. Along with her strong focus and work ethic, Kate’s dedication to provide the very best support from the bid process to the finishing stages of production has allowed her to develop and maintain strong relationships with her many clients.

Michael studied and taught philosophy and film theory at the University of Technology Sydney graduating with first class honors with the University Medal for his thesis concerned with cross-cultural cinema.
Michael’s long format work has garnered many accolades from his first feature film as producer (Hail) which was in-competition at Venice Film Festival, to  working with Plan B on David Michod’s War Machine starring Brad Pitt, to producing SE Asian based features including Kieran Darcy-Smith’s Wish You Were Here and Mathias Glasner’s This is Love’
Michael has also produced hundreds of commercials all over the world. 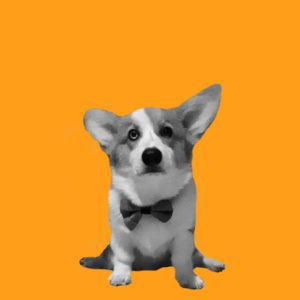